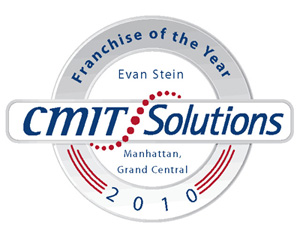 Being a franchised network of IT consultants to small businesses, CMIT Solutions is expecting to expand from 130 locations to 500 locations across the nation and from only having units in 32 states to all 50 states within the next couple of years. CMIT attributes the growth to the growing needs for IT in small businesses across the country.

According to President and CEO of CMIT Jeff Connally, “Research shows that more than eight of every ten small businesses handle their IT needs in-house. But as technology becomes more complex, with cloud computing and other web-based platforms, they’ll have to adapt by outsourcing their IT packages and CMIT Solutions is perfectly positioned to fill that market niche.”

CMIT Solutions estimates that within the next five years, 75% of the small businesses that handle their own IT in-house will have to pay for the type of managed IT services offered by CMIT Solutions. The company offers many IT services including the 24/7 monitoring and maintenance service CMIT Maintenance and the business continuity package CMIT Guardian.

Frank Picarello, CMIT COO and member of CompTIA’s executive board added, “That 82% that handles its IT in-house — it’s not that they want to do that. They’d much rather run their businesses than manage their IT needs, but most don’t think that they have world class alternatives. They’re looking for the kind of affordable consistent IT services that can help them stay competitive. You realize, ‘Wow, there’s an enormous opportunity here.’ The market is ripe for a franchise model like ours.”

The Computer Technology Industry Association gathered some data that identified 2 million small businesses in the United States that meet three key criteria: They earn at least $2 million a year, have been in business for at least two years, and are in industries that rely on IT. Of those, 82% handle their IT needs in-house.

In addition to that, the data discovered that of the nearly 18,000 U.S. vendors that provide managed IT services, no single company has more than a 1% market share. And finally, the data also discovered that small businesses estimated their technology expenses increased by 65% from 2008 to 2009 and an additional 24% from 2009 to 2010, with expenses projected to increase indefinitely.