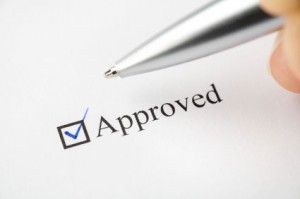 Over $12 billion in Small Business Administration loans were approved in the first quarter alone with borrowers and lenders taking advantage of breaks, or higher loan guarantees and reduced fees, that expired on January 1, 2011. However, the number of Small Business Administration loans only slightly increased from 60,711 in 2010 to 61,689 in 2011.

This new trend towards bigger loans is, however, very good news due to the fact that it shows that successful small businesses are using Small Business Administration loans to expand and hire more people. In addition to that, bigger loans also tend to have lower default rates as opposed to smaller loans.

On the downside, businesses that need smaller loans may not be getting the help they need from the Small Business Administration. Agency Administrator Karen Mills stated that the Small Business Administration is addressing this problem by providing incentives to lenders in order to make smaller loans and allow community development organizations to make 7(a) loans to businesses in low-income areas. 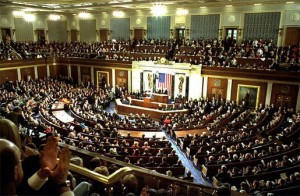 It is no surprise to anybody that small business lending hasn’t returned to the same glory it had pre-recession, but despite a rocky year, the number of loans backed by the Small Business Administration increased by nearly 30% in 2010.

The Agency, whose fiscal year ended on September 30, reports that it approved $16.84 billion in loans in the past 12 months which can roughly be translated into 54,286 small business loans. This is an increase from fiscal 2009 when the Small Business Administration approved nearly $13.03 billion in loans during the depths of the credit crunch. The agency backed nearly $20.61 billion in 2007.

This boost comes, in part, from measures incorporated into last year’s stimulus package. These measures eliminated fees and increased the maximum guarantee of the government to 90% which is up from 75%-85%. Banks make the SBA loans, and not the SBA but the U.S. government provides a guarantee to minimize the risk to the financial institution in case the borrower defaults.

Between the time the stimulus was signed in February of 2009 and the last round of funding for the provisions was exhausted in May 2010, the SBA’s average weekly dollar volume was $300 million which is a significant increase from the $172 million weekly average in the seven weeks prior to the Recovery Act.

According to Tony Wilkinson, President and CEO of the National Association of Government Guaranteed Lenders, a trade group out of Stillwater, Oklahoma, “The stimulus provisions work. This is the main avenue for small business lending today. A number of borrowers in SBA programs would have been eligible for conventional lending years ago.”

The stimulus provisions, which have undergone four extensions in the SBA’s fiscal 2010 year, were shut off in May. However, the recent Small Business Jobs Act allows the program to continue throughout the 2010 calendar year.

The volume of SBA loans fluctuated intensely during the agency’s fiscal 2010 year. This is largely due in part to the stimulus provisions’ pre-set expiration dates. Each time lenders were notified by the SBA that the program was about to end, lenders would rush to push their loans through. This would, in turn, cause an upward surge in volume.

Loans that didn’t make the cut would then queue up on a waiting list until Congress agreed to allocate more money and extend the end-dates. Volume would drop off during this time.

During the summer months, many loan applicants waited for Congress to continue the program. The extension through the Small Business Jobs Act, which was signed in last week, cost taxpayers $505 million and could very well provide a possible $14 billion in loans. On Monday the SBA had cleared the queue and approved nearly $970 million or 1,939 loans.

Mr. Wilkinson is happy that Congress addressed the need to help the program. However, he worries that lenders as well as small business owners will be forced to sit and wait again when this program expires come this January.

“It will be difficult to spend all that money between now and the end of the year,” says Wilkinson. “We hope after the election in November Congress will make the funds available until they run out. Borrowers are going to need it.”

Looking to acquire an IBM Lenovo Desktop Rental? If so, then head on over to www.rentacomputer.com or call 800-736-8772 today.

On April 20, 2010, the Deepwater Horizon drilling rig exploded, killing eleven workers and injuring several others. It also caused a sea-floor oil gusher, which has caused a massive oil spill. The spill, which has been called the largest offshore spill in United States history, resulted in hundreds of millions of gallons of oil polluting the Gulf of Mexico. Several governors of states along the Gulf Coast declared a state of emergency, as did the federal government. Marine life and wildlife habitats have been harmed, as have many small businesses.

Fishing was banned in about one-third of the Gulf by the National Oceanic and Atmospheric Administration and people canceled their vacations. BP gave the state of Florida $25 million to help promote their beaches, which were said to be unaffected by the oil spill. Hotels offered discounts and free deals and packages. Even so, a University of Central Florida economist called the spill, “the worst disaster in the history of Florida tourism.” It is estimated that Florida’s Paradise Coast could lose $3 billion in revenue this year.

However, the United States Small Business Administration has announced that it will be helping several of Florida’s small businesses. The SBA is offering loans and loan defermention options to fishing-related businesses who were shut down due to the oil spill. Hope is that the loans and deferments will provide temporary assistance to “overcome the loss of revenue” they have experienced this spring and summer.

The program will offer working capital loans for up to $2 million at 3% interest for non-profit organizations and 4% for businesses with terms up to 30 years. Loans can be used to make payroll, pay debts, accounts payable, and other bills that have been impacted by the oil spill. The SBA is also encouraging small businesses to file claims with BP.

Fishing, shrimping, crabbing, and oyster fishing who fish in the waters that have been shut down are among the main businesses being targeted. Other small businesses that are dependent on shrimp, crabs, and oysters are included, too. Also, businesses who supply fishing gear and fuel, docks, boatyards, processors, wholesalers, shippers, retailers, and other businesses that rely on recreational and sports fishing can get involved.

If you’re a small business in any of the Florida counties mentioned above and you think you may qualify for assistance, contact the SBA’s Customer Service Center at 800-659-2955. The deadline to return applications is February 14, 2011.