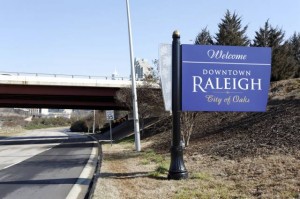 The South Financial Group, headquartered in Greenville, South Carolina, has won 2009 “Excellence in Small Business Banking” awards from Greenwhich Associates. The company won in both the regional and national categories. The bank was also one of nineteen national banks to be recognized for “overall satisfaction.”

The South Financial Group is actually a bank holding company, that focuses on serving SMBs in North and South Carolina (12% and 45% of customers) respectively, and Florida (43% of customers). At the end of 2001, it had about $11.9 billion assets and 177 branch offices. Its known as Carolina First bank in the Carolinas and Mercantile Bank in Florida.

Ernie Diaz, president of the Florida branches of the bank had this to say about the award, “These awards illustrate our commitment to understanding the needs of business owners and working together to meet their specific needs.”

The Market President of Carolina First Bank, David Lominack, added, “Delivering on our relationship banking model continues to be our goal, and these awards reflect the value our bankers place on exceeding customer expectations.”