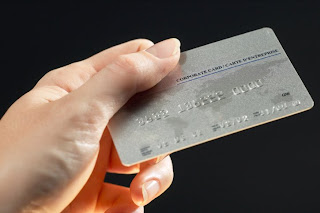 Be careful little hands what you do!

Congress last night enacted President Obama’s sweeping healthcare plan, but like many things congress didn’t consider all the details. The idea was to assist small business and individual Americans in purchasing healthcare, what it will end up doing is slow and reduce hiring in the future.

The president’s plan is number driven: business from x amount of employees to y amount of employees pay z much toward healthcare, or if they do not, they are fined w amount. This was a fair idea if American company’s personnel strategy was still to hire employees, but frankly, they missed the boat. Instead of hiring marginal employees, companies will either do without the marginal hire or use temps and/or contractors to do the job. Furthermore, with all of the job quota entanglements (and they still are out there), a business owner will have to consider if he or she is going to break a certain healthcare number threshold. Business owners are going to pay very close attention especially if they are near the 50 employee point and this creates a very discomforting scenario.

Suppose a business is at 49 employees and it needs to hire a transportation manager. Looking through the list of employees, there is the transportation secretary who has been a very good employee, but is a secretary. What should the business owner do? Well, the smart thing (but brutal thing) to do is fire/layoff/RIF the secretary and hire the transportation manger; addition by subtraction is going to be rampant! Who will get hurt? The people the president was most trying to help, average hard working Americans! Of course, the secretary might be advised that she can “contract” her old job back with xyz temporary service. What a crock! Of course, xyz temporary service will also have to consider the numbers game, but that leads to some brutal consequences as well. How long can you be a contractor/temp before you are automatically switched out (again to duck the numbers game)?

Also, just how hard is it to start a company as a separate legal entity? A business owner can start an LLC in about 2 days, and a small corporation, like a chapter S, does not take much longer. Remember each of these legal business entities are totally separate “persons.” Therefore the employee counter starts all over again. So too, cost center accounting has been around for years, and each department bills other departments for the work it does. For example, customer service bills sales for processing its orders. How hard would it be to create separate companies, each one under 10 or 25 employees?

Lastly, some companies are just not going to go through the aggravation of the numbers game, and will move some parts of their company off shore. More jobs lost for more Americans, I seem to be recalling which road that it is that’s paved with good intentions…