Let’s face it, the American economy is still far from perfect. Even so, people are still starting small- and medium-sized businesses and some of those businesses are still thriving. Why? Simply because there are some business trends that are hot right now, even in this economy. The reasons vary, so let’s take a look at a few of them.

1. Going Green. Going green is big business right now. Many companies now include some kind of environmentally friendly incentives in their sales pitch for their products and services. What can this be attributed to? Government incentives are one reason companies are clamoring to be green. From automakers to the electric industry companies are receiving millions of stimulus dollars that revolve around creating and using renewable energy. Also, people are now understanding the importance of clean energy. Overall, the public sentiment about saving the environment has changed over the last decade or so.

2. Senior Citizens. Our population is getting older. Baby boomers are becoming senior citizens. Right now there are over 37 million seniors and in twenty years they’ll make up 20% of the United States population. They’ll also be looking to spend over $1 trillion. If that’s not incentive enough to get into the business of seniors, I don’t know what is. From anti-aging cosmetics and senior dating services to nursing homes and technical assistance if you’re thinking of starting a business, you may want to turn to your elders for guidance. As a matter of fact, the United States Bureau of Labor Statistics says aging-services – home health care, elderly and disabled services, and community care facilities – make up three of the top ten fastest growing businesses.

3. Buying Local. There’s a desire to buy locally grown and made products sweeping the nation. That means more mom-and-pop stores. Farmers’ markets seem to be at the heart of this movement; there are currently about 5,000 across the United States and over the past five years that number has been growing at a 5% rate. Almost 60% of consumers say they try to shop locally. National chain stores like Wal-mart have tried to gain more business by adding “locally grown” sections to their grocery departments. The USDA has launched a program called “Know Your Farmer, Know Your Food,” which encourages people to buy locally, and several cities, such as Orlando, Florida have been starting “buy local” campaigns. 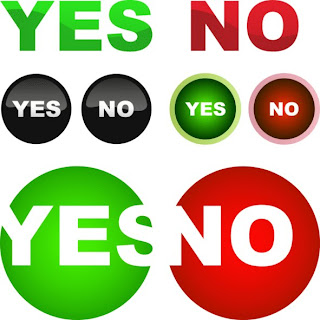 Yes, yes, it all sounds so good and it cites the old and really true principle that in order to make money you have to spend money-all correct! But one interesting and disturbing fact remains-south west Ohio particularly the Cincinnati area lags very far behind in awards for this program. Don’t believe me? Take a look at this publication issued by the state of Ohio:

Let me direct your attention to page 22 where the distribution by county is laid out in pie chart form. The Cincinnati area is woefully under represented in this important area. Frankly we should all get on the phone with our local state representative and he or she needs a good chewing out session. Aren’t these people supposed to work in our best interests? Frankly from these results it seems that either they are lazy or inept-neither is acceptable for a public servant!

Here is where you can contact your state representative to register your angst:

I emailed mine today letting him know I am demanding a few more wins in this area or I will work to find someone who can bring back some dollars to our area, I implore you to do the same.

As for Issue 1, I can’t vote for it because of the funding inequity by county, and the simple fact that it addresses nothing for millions of Ohioans from ages 25-65 who remain unemployed or underemployed.

As for the driving point of this blog, I think we all need to make some chamber of commerce meetings and town hall events as small business people. The state swears up and down that taxes will not increase, and I am sure we all believe that one, right?

As numbers and analysis of the 2009 holiday retail season are pouring in, there is a glimmer of hope for small and independent, locally-owned businesses. According to a survey of over 1,800 businesses, they saw an increase in holiday shoppers this year. While the United States Department of Commerce says overall retail sales were down 0.3% during December, 2009, the survey found that independent retailers’ sales were up an average of 2.2%.

Almost 80% of the businesses surveyed said they believed public awareness of buying locally had increased over the last year, while 16% said it stayed the same. Many business owners, including a shoe store owner in Michigan, a retailer in Maine, and a bookstore owner in Oregon, attribute everything from their ability to stay in business to through the recession to their growth in sales to the campaigns. One even said they had customers look up an item online or in a chain store and come back to their stores to make the purchase.

“This survey adds to the growing body of evidence that people are increasingly bypassing big business in favor of local entrepreneurs. Amid the worst downturn in more than 60 years, independent businesses are managing to succeed by emphasizing their community roots and local ownership,” said Stacy Mitchell, a senior researcher with the Institute for Local Self-Reliance told the American Independent Business Alliance.