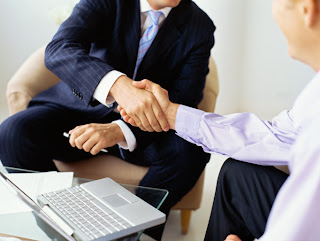 The big day has finally arrived for your small business, and you are to meet with “financial people.” It hardly needs to be mentioned that this is probably one of the most important meetings you will ever attend. Of course the financial institution will have copious paper work for you to fill out and have verified by accountants and lawyers. These people (accountants and lawyers) are great assets and can help a great deal, but you as the business owner will have to carry the day. I have been in a great number of these meetings, and I have seen some of them go very well, but I have seen other business owners sink themselves. It was almost like they were piloting the Titanic and went looking for ice bergs! Here are some mistakes that you as a business owner do not want to make!

Do not lament your business situation! I had set up a meeting with a banker for an asset based loan. This owner had rolling stock and mineral rights as assets; these were very valuable and well secured assets. As soon as we were on the conference call, the owner went on to lament his business situation-how his competition had increased (going as far as to name off his competitors whose situation was so much better than his), how the last season was very poor and the outlook for the next season was much the same or maybe a little worse! I could not even walk out of the office before the bank was on the phone advising me that they wanted no part of this deal! The business owner was stunned when I told him the bank was not interested. I gave him some advice (again-I told him the same thing before the call) just tell the bank, “I need capital to meet rising competition and the changing business environment.”

A second idea is not to be overaggressive. I set up a meeting with a venture capital association. The owner was hard charging –maybe it was the many years in retail sales. He was ready to make a buying trip to Madagascar, but he had very little of his own money invested. I had set up a meeting with two of a Venture Capital company’s officers (it was a restaurant meeting), and one took an immediate dislike to owner, stuck the business owner with the check, and walked out. The other, the more analytical of the officers, patiently listened, courteously asked for the financials, but called me right after saying he had no interest in the deal. He didn’t think the owner was analytical enough to succeed. He said, “This guy is so aggressive he will go from hunter to hunted in a very short time!”

Lastly, don’t appear needy. If you are asking a rich relative for seed money, you might be able to appear with hat in hand asking for money, but for business dealings you have to sell your businesses success! It’s all right to be nervous, most financial people expect that you might be a little nervous. Business lenders lend money as a business, and they are concerned with two things-getting their money back (it’s their only commodity to sell), and making a profit. You as a business owner have to show them how they can participate in your businesses success.

Avoid these three pitfalls: lamentation, over aggression, and neediness, and you will go a long way in securing your companies first big loan package, and good luck!